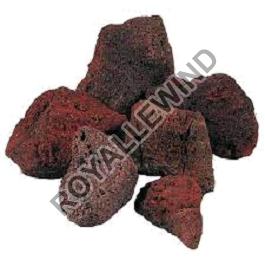 Royallewind  Provides 100% original Lava Stones. Lava stones aren’t anything new. In fact, they’re the oldest stones in the world. Many cultures have used them in their cultural rituals for centuries.

Lava stones are formed when volcanoes erupt, much like obsidian stones. The lava shoots out of a volcano and runs down its side. Once this incredibly hot liquid rock dries, it becomes a lava stone. Because of these processes, lava stone is considered to be a stone of rebirth. Many experts think it is the fiery strength of the volcano that formed them that leads to lava stones holding so many healing properties.

The chakra, a concept from Indian culture and mysticism, concerns the human body’s centers of spiritual power. There are, in most cases, considered to be seven different chakras, all responsible for disturbing the life energy of the body, which can be referred to as Qi or Praana.

Many users of lava stone believe it grounds and stabilizes the root chakra because of the stone’s strong connection with the earth. When the root chakra is stabilized, the body and mind will feel positive, safe and anchored to the earth.

Believers in the energy of the atmosphere and healing properties of stones already know how valuable lava stones can be in calming the body. Because lava stones come from deep within the earth, it is believed they carry an energy similar to the place where they originated.

This energy is said to help people who are feeling anger and negativity, reducing those emotions and replacing them with strength and courage. Lava stones can also increase your general energy, protection and assertiveness as well.